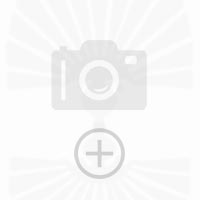 Despite the English common name of "Arabian Jasmine", Jasminum Sambac is not originally native to Arabia. The habits of Jasminum Sambac support a native habitat of humid tropical climates and not the arid climates of the Middle East.
Early Chinese records of the plant points to the origin of Jasminum Sambac as eastern South Asia and Southeast Asia. Jasminum Sambac (and nine other species of the genus) were spread into Arabia and Persia by man, where they were cultivated in gardens. From there, they were introduced to Europe where they were grown as ornamentals and were known under the common name "Sambac" in the 18th century.
White Mallika is not only an amazing flower, but also a complex, developed cultural and philosophical phenomenon.

Information submited: July 3, 2018 By: OperaDreamhouse
pH:> 7 (For dry , normal, oily, Mixed skin types)
Jasmine Distillate is suitable for any skin other than highly sensitive skin, because the Jasmine has strong, refreshing and restorative properties.
White Mallika - Jasmine Distillate activates vital processes of the skin, which can cause excessive sensory activity.